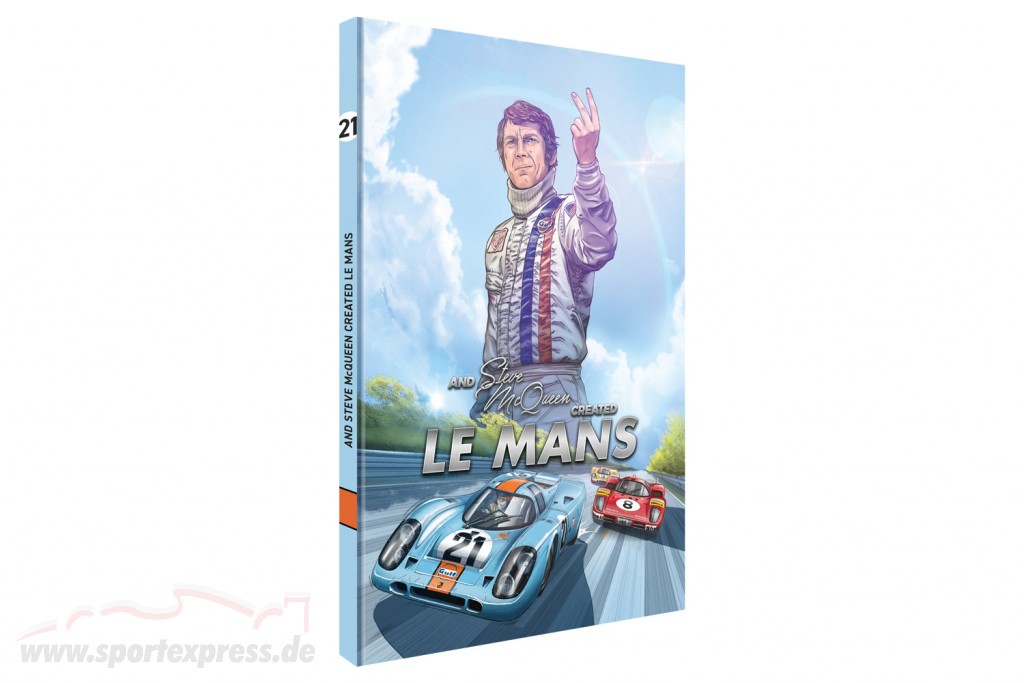 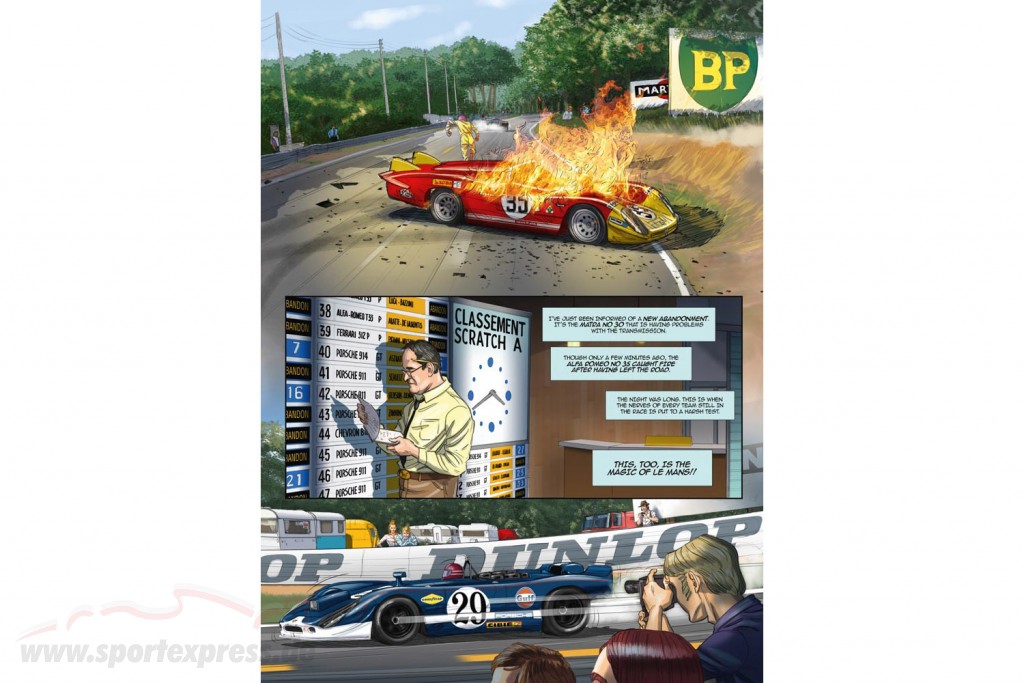 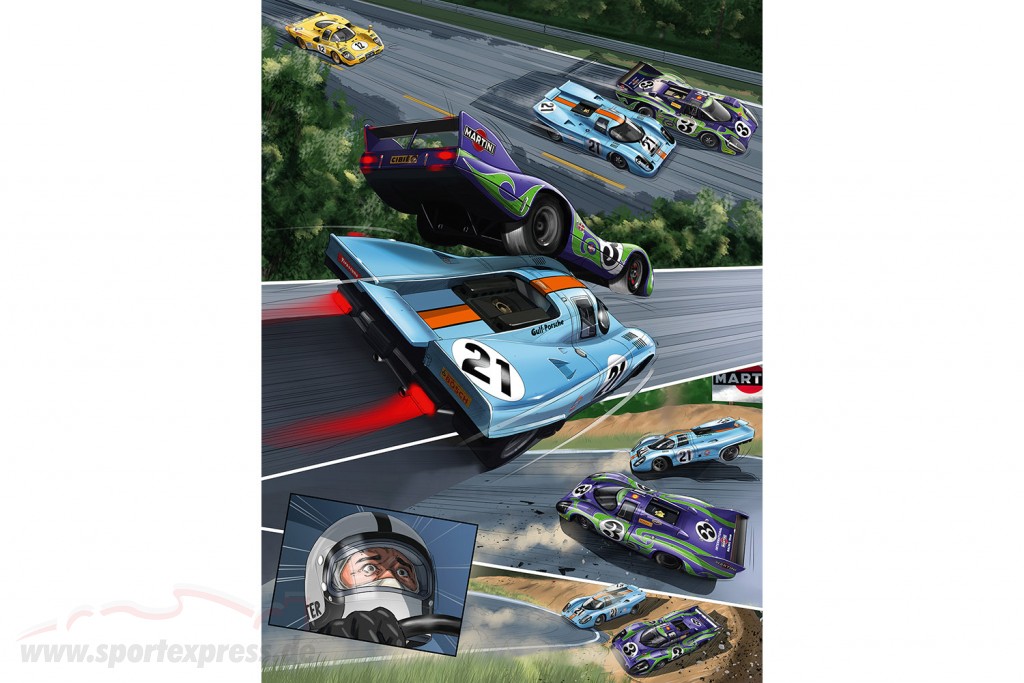 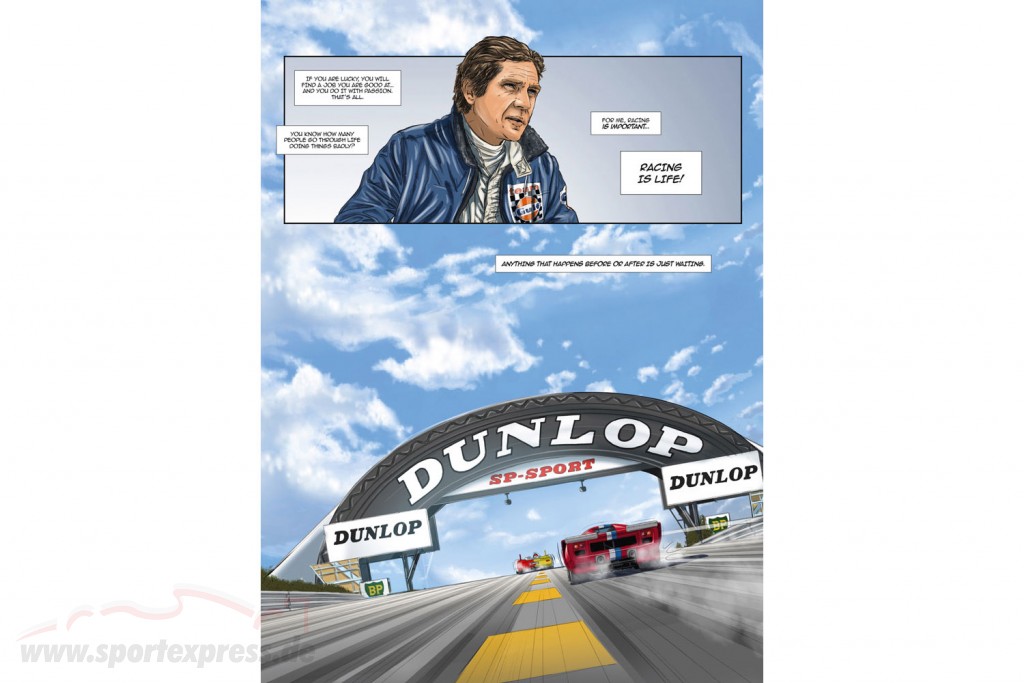 Steve McQueen makes a dramatic comeback in the graphic novel adaptation of one of the best car racing movies of all times – Le Mans. It all started when the famous actor visited Sandro Garbo in his dreams and gave him the idea of creating a graphic novel based on his extraordinary film.
Sharing the same passion as Steve for classic Porsche cars and painting cars himself, Sandro saw this book as his new mission in life. At the beginning of the project, once he realized the amount of work involved, Sandro asked several other talented artists to join the team.

The journey lasted almost 3 years and now they are finally ready to share their masterpiece with everyone.
The Steve McQueen Le Mans Graphic Novel is by far the most remarkable illustrated work ever created about car racing and classic cars, presenting that world through a unique perspective that will leave everyone breathless.

Steve McQueen famously said “I’m not sure whether I’m an actor who races, or a racer who acts.”. In 1970 he decided to share his passion and produce the best movie about car racing ever made. He couldn’t imagine a better place than Le Mans, one of the oldest and most prestigious endurance races in the world, to make his dream come true. The filming was difficult, but Steve never gave up.
And neither did another car enthusiast 45 years later…

Sandro Garbo and his team created a piece of art to share their love for classic cars, the movie Le Mans and the “King of Cool”. But not just any graphic novel, this book would be a tribute to Steve McQueen and a legacy for all lovers of car racing and fans of the legendary Porsche 917, Ferrari 512, and of course many other beauties. 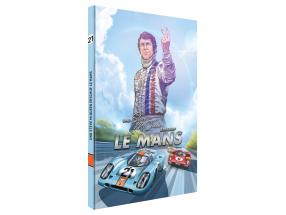 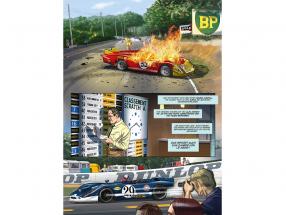