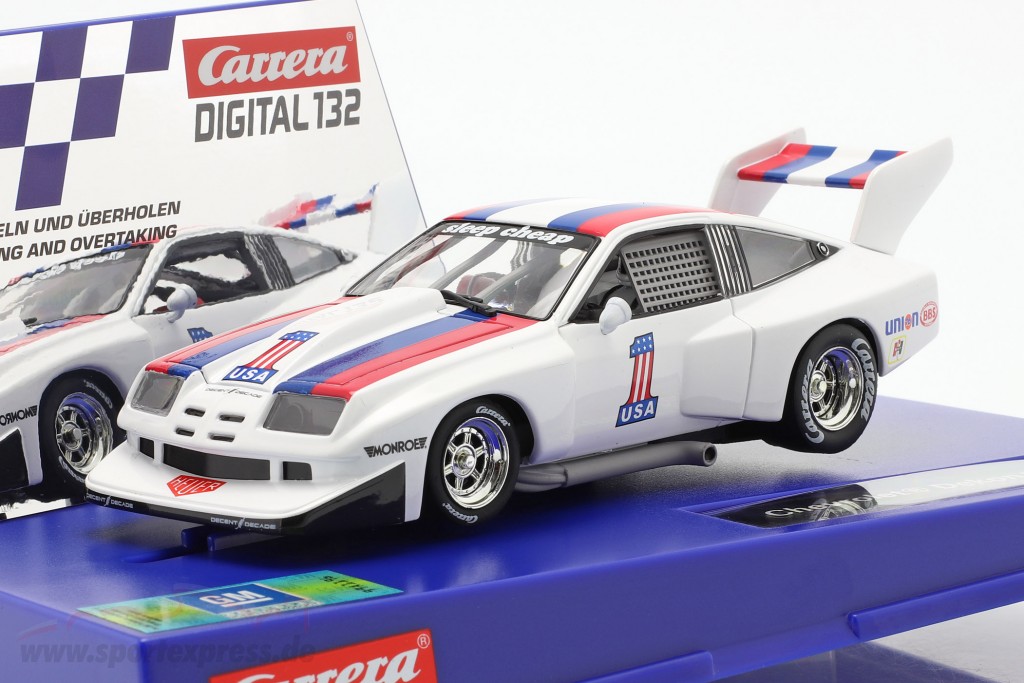 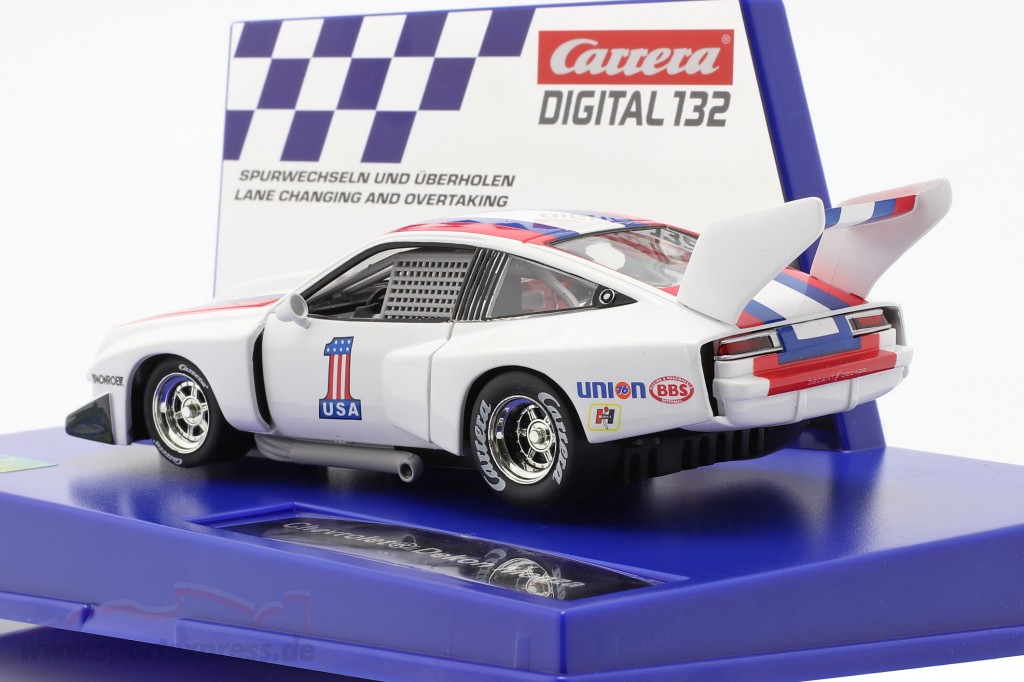 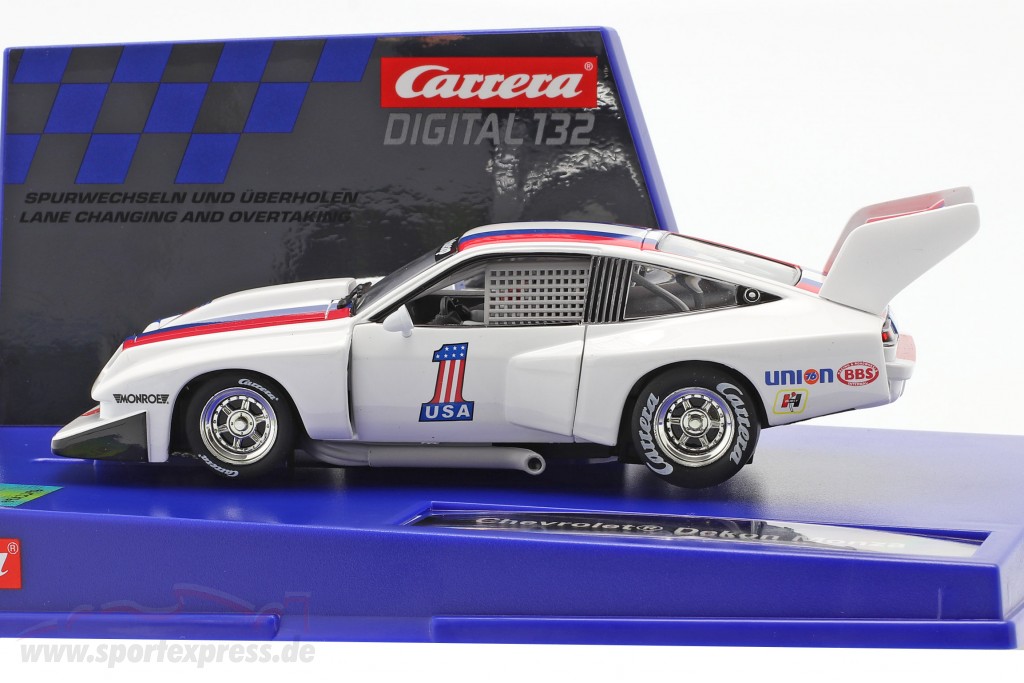 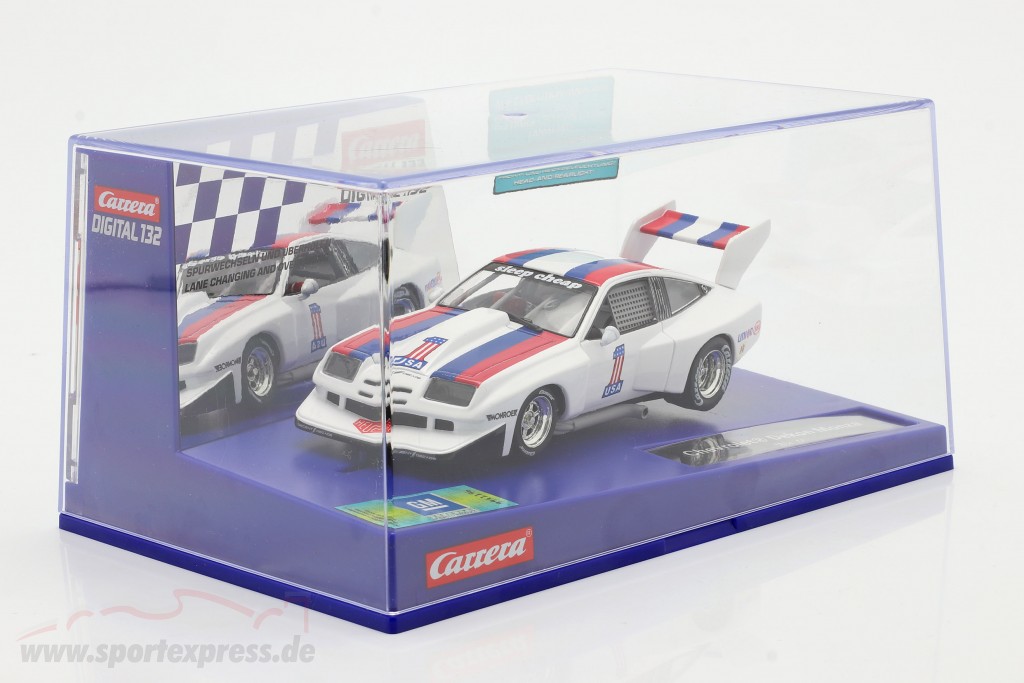 
A speedster turns into a racing car
Since international racing in the 1970s was mainly characterized by German manufacturers and their cars, Chevrolet made the decision to produce a powerful racing vehicle that would increase the American influence on the racing world again. The road version of the Chevrolet Monza, which was developed as a racing model and produced by DeKon Engineering, served as the basis. Stars and Stripes deco were to be seen everywhere due to the 200th anniversary of the USA in 1976 - motorsport cannot be an exception and has jumped with the design trend! The manufacturer Chevrolet then took care of this change in international racing. With the Chevrolet Dekon Monza No.1, a model trimmed for racing was launched, which breathed American flair into the increasingly German racing scene. And then of course the subject of design: The much-loved and trendy patriotic "Stars and Stripes" design gave the vehicle a first-class eye-catcher in 1976. Simply successful!

A cult vehicle for the slot car track
The sleek vehicle with GM license comes to your racetrack in 1:32 scale. The eye-catching design in blue, red and white underlines the cult character of the slot car. Of course, realistic features must not be missing - therefore the car is equipped with front and rear lights, as well as brake lights. The racing car can be adjusted to your requirements quickly and easily. It can be individually coded in a few simple steps and can therefore be easily controlled on the digital tracks. 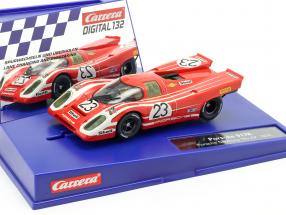 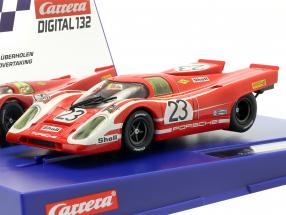 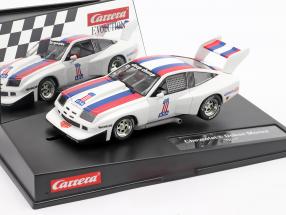 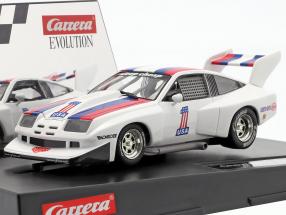